I remember that "Welcome World" phrase from my old days as a programmer.. WELCOME WORLD. . was the first message one would write to the screen when learning to code in a new language.

This is a "Welcome to the Blog world" instead!  Let's try to get this thing going so we can tell the world about what we are up to..

One of the More recent shoots was ione I did n Mashpee, on the Cape. I did a casual/fashionny shoot with a local model Johannah, who had been out on leave for a little while due to some back injury.  We wish her well since she's a phenomenal lady and a fun model to work with. She's working hard to get back into it and she's got the right attitude. I hope we're helping that happen.

These frames were shot in the basement at her place, which with a little prep it ended up as a nice raw looking backdrop which was ideal for this kind of shot. We didn't have a concept in mind initially but we went with the flow and came up with some cool images.

And this other one: 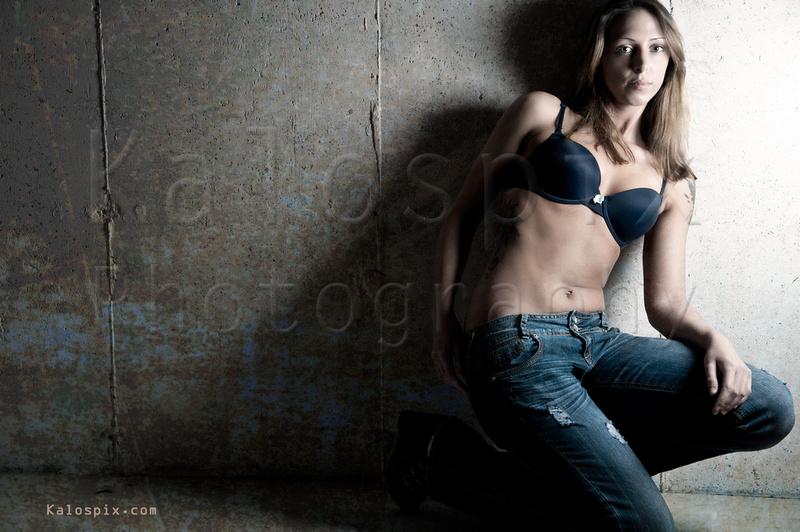 On this one I essentially shot this using a small softbox, but I also used a fill strobe and a reflector. The key light had about a 3:1 ratio vs the fill, and the reflector provided just for a little extra punch on some low lit areas. I still wanted a strong shadow in the shot to add drama. The setup was like a modified "rembrandt".  And more importantly, I tried to retain the Kalospix signature "one light style" look.

All in all, I think we created some decent moody pictures that really felt good! :-)