Shooting into the Cape sunset

Today, I had a shoot where I felt the nasty sensation of critters crawling all over my legs and arms. First off there were a large amounts of gnats (tiny flies otherwise called no-see-ams) and other flying things, but also there were some ugly ticks. No deer ticks yet, but the other wood/forrest ticks for sure. Man, what an ugly thing they are if you look at them closely.  Luckily, Johannah's boyfriend works outdoors a lot and deals with these things all the time, and game me some great information and advice. First off, deer ticks don't latch on to their host (person's skin) until 12 hours after landing on the victim's body. Which means you have time to look for them on your body and clean them off within approximately 12 hours. The best way to clean them off is to take a shower as soon as you get home or even early the next day. 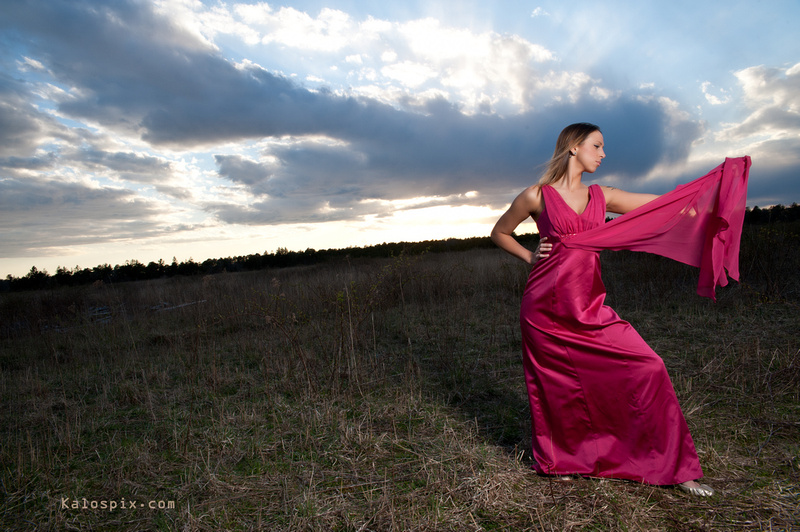 Despite the ticks, we shot some sunset 'a la Cape Cod' pics with an interesting dusk setting. There was a cloudy blue sky that gave peeks of brightness from the Sun every so often; enough to capture the bright light and shoot against it. This scenery gave me a chance to shoot with a beauty dish and get some really nice "wrapping" light. Unfortunately my "Vagabond 2" did not want to give me a full shoot worth of charge. So at the beginning of the shoot it started to beep crazy telling me it didn't have enough charge to continue.  Of course that happened smack in middle of the golden hour.  So I had to go to plan B and use one of my trusty Nikon SB900s. And since I hadn't anticipated the failure plus the fact that there was a long hike to get to the car and back, I ended up improvising and using Johannah's hair band to hold the strobe to the light stand. And it worked! :-)

In this shoot I decided to work on stylish, extreme compositions and sculpting with the light as always. I think we did good. What do you think? Here are some samples. 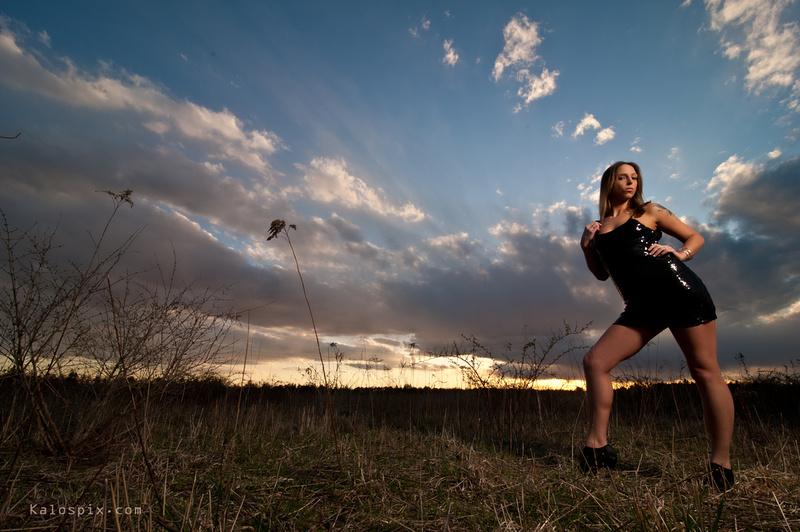 And another nice sample: 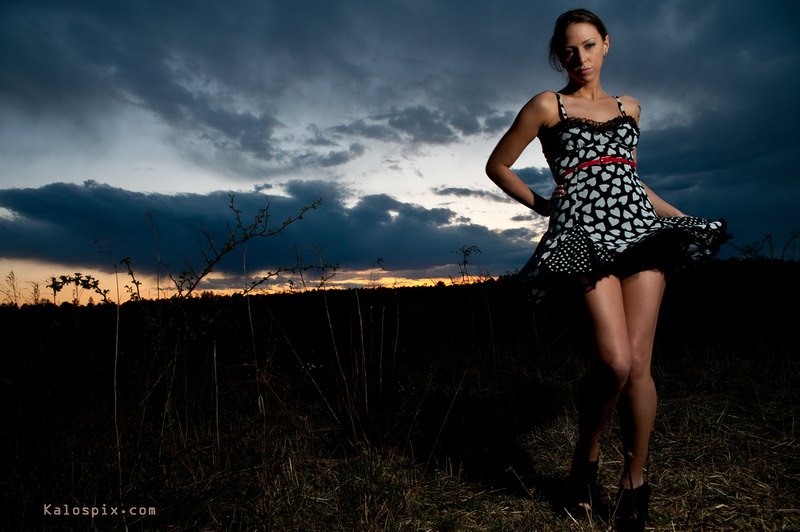