Once in a while even those who think we know it all have to admit we don't.. :-)

It's important to keep up with the new technologies and techniques. There's always someone out there doing something different. Someone trying something else that no one else had thought about. And there is training available to learn that new stuff in a more formal setting. Well, tonight I went to check out a seminar that was sponsored by the PPA (Professional Photographers Association) of America, which is a pretty large organization  and well known all over. I had a few follow up calls from a sales rep from a local Pro shop in Boston that is following a referral from a form I filled to check out some killer lighting kit from "Profoto" which is one of the most known US lighting brands. Anyway, the rep invited me to attend the night portion of the seminar and be part of it.  It was pretty cool and I learned some cool tricks on Photoshop that I haven't used yet. But among other things we were left to try out some Profoto and Wescott lights that were set for demo purposes. They had some models going around and one could use them to shoot the systems with. So I worked on the high key set up they had with seamless gray paper and 4 sets of Profoto lights.  These are some samples. I posted them later into the Portrait pics in the website. 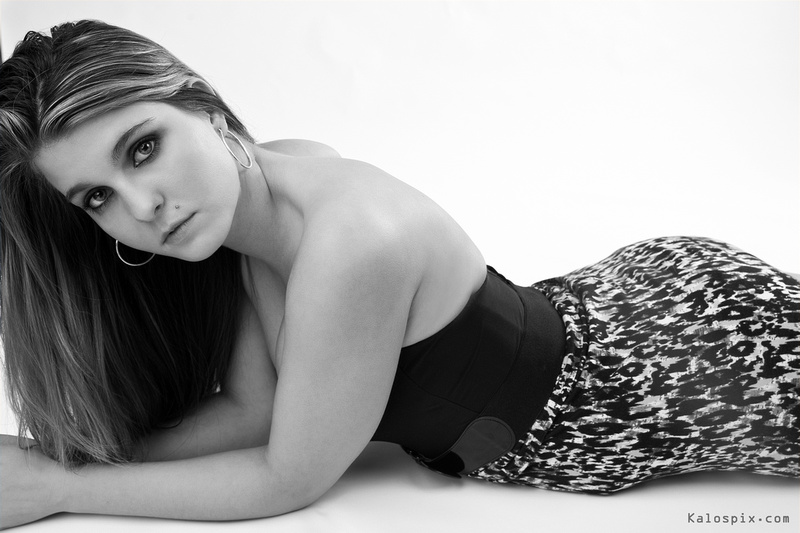 And this other one: 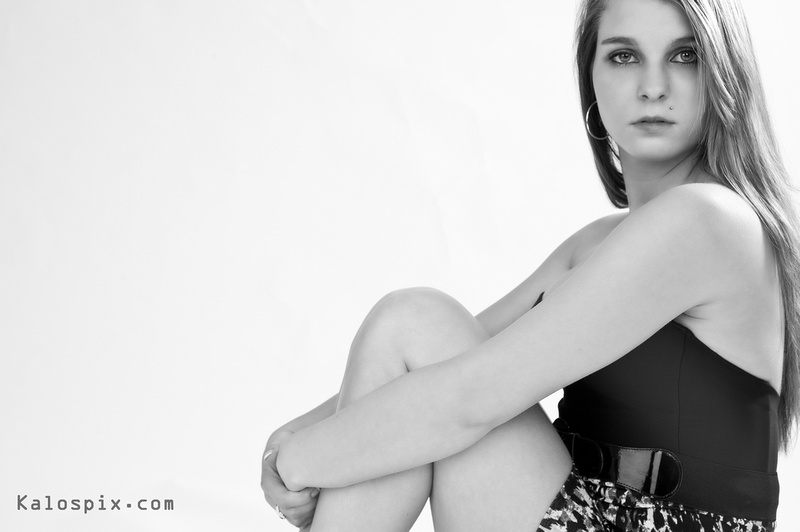 I converted them to B&W since I figured they had more of an impact than the original version in color had.

This Profoto lighting on a seamless grey paper backdrop. 3 lights in the set up. All strobes were the new Profoto D1s. Had 1 large soft box, a medium soft box and a vertical strip light (soft box with cloth grid) as rim light.